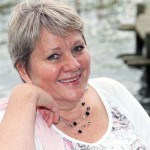 I was born in Birmingham, Great Britain, in 1956 and came to Geneva shortly afterwards, my father, a physicist and pioneer of CERN, having worked there for just over a year.  So I grew up in the scientific and international environment of that cosmopolitan city.  It is there that I did all my studies and received my doctor’s degree in 1983, then my doctorate in 1995 completed my specialisation in the branch of oncology called radiation-oncology.

My university programme was carried out in Geneva and Lausanne, where initially I was assistant to Prof. Paunier (Radiation-oncology), to Prof. Lehmann (ENT and cervical-facial surgery), then to Prof. Rohner (general surgery) as well as to Prof. Donath in nuclear medicine and in internal medicine with Pr. Waldvogel.  I developed mainly in the specialisation of onco-ENT and onco-gynaecology.  I was in charge of brachy therapy and ENT as head of clinic at the CHUV, then left in 1994 when appointed deputy head of department in the radiation-oncology at the cantonal service of Sion Hospital.  While there I gained further experience in brachy therapy, and in the system of the new linear accelerator as well as in all fields of more general oncology.

Naturally I have taken part in various forms of research in these fields of work, but have always remained above all a clinician, my interest in this kind of research and in publishing being actually rather marginal.

to take over the Radiation-Oncology Service at the Clinique de la Source in Lausanne, where I became medical director from July 2002 to May 2011.

My principal interests have always been ENT oncology, and at my surgery I work in close co-operation with Dr. Philippe Guillemin, my now ex-husband, bringing about a multidisciplinary ENT-oncology approach to patient care in the Chablais area.

From 1996 to 1998, I took a university degree in palliative care at the Kurt Bösh Institute and the François Xavier Bagnoud Foundation. This gave me an opening to other types of medicine and a broader, more humane approach to patient care, including the care of terminally-ill patients.  Since then, as the need arises I spend time with some of these patients in their homes.

There followed training in the Simonton method for the care of cancer patients, then an initiation into energy medicine, shamanic medicine, Reiki, treatment using crystals and a master’s in NLP and Ericksonian and regression hypnosis, while continuing my training in radiation-oncology and oncology.  I am a Reiki master in a number of traditions.

Throughout that period, I taught regularly at the Lausanne and Geneva TRM (radiations technicians) and nursing schools, and took an active part in teaching within the university medical schools.

I participated in the support of volunteer teams of the Valais League against Cancer, of which I was vice-president, up to 2003.

Subsequently, basic training in aromatherapy, spagyry, homeopathy, floral elixirs, psychogeneology and family constellation (Bert Hellinger) led to the integration of these complementary therapeutic methods into the more scientific and allopathic institutional medicine that I practise.  Various healing and manipulation techniques give a wholly new dimension to this practice.

From the mid-2000s, an opening towards spiritual and energy healing followed with the use of bio resonance that furthers the modification of information, then the development of this experience using the Korotkov Camera and equivalent.

Quantum and energy medicine is bound to be one of the future ways forward in the 21st century, but in combination with a refined allopathic and bio technical medicine.  It should lead us towards a broader form of medicine that takes into account the multi dimensional nature of the human being.  Other more effective methods are likely to be found to open up new approaches to healing.

All the same, I remain a critical scientist whose credo is openness and healing.

to fall is human, to recover is divine !